An Introduction to Monophasic vs Biphasic TMS Pulse Shapes

Way back in 1985, long before I was even a twinkle in my mother's eye, messers Barker, Jalinous and Freeston had invented the first transcranial magnetic stimulation (TMS) system and used it to prove that the motor cortex could be stimulated non-invasively. Whilst the science of what we can do with TMS continues to blow my mind on a daily basis, the physics of how TMS works is reasonably simple. Unfortunately (for us), this means there are a number of different ways of generating a TMS pulse. I’ll use this article to describe the two we’re most familiar with, and highlight some things to bear in mind when using them.

In my short time of working within the brain stimulation community, the people I interact with often enquire as to my route into this line of work. It was less than conventional to say the least (and probably a whole other article within itself), but as I came from a background which had nothing to do with TMS, I was fortunate that my first experience of the technique came from the engineering and industry perspective. This meant that I was immediately exposed to the differences between various types of TMS machines, and how this impacts on the type of stimulation that is delivered. This is not an introduction that everyone in the community is able to benefit from, so let me share some of that experience with you.

Let me introduce you to these pulse shapes, monophasic & biphasic.

Monophasic TMS Pulses:
Monophasic pulse shapes (often referred to as ‘single pulse’) are predominantly used for testing the integrity of the cortico-spinal pathway, assessing interhemispheric inhibition and evaluating the excitability of corticocortical connections. For those last two, it is commonplace to use two monophasic stimulators together, delivering pulses in pairs with differing intervals between the pulses (conveniently known as paired pulse stimulation) 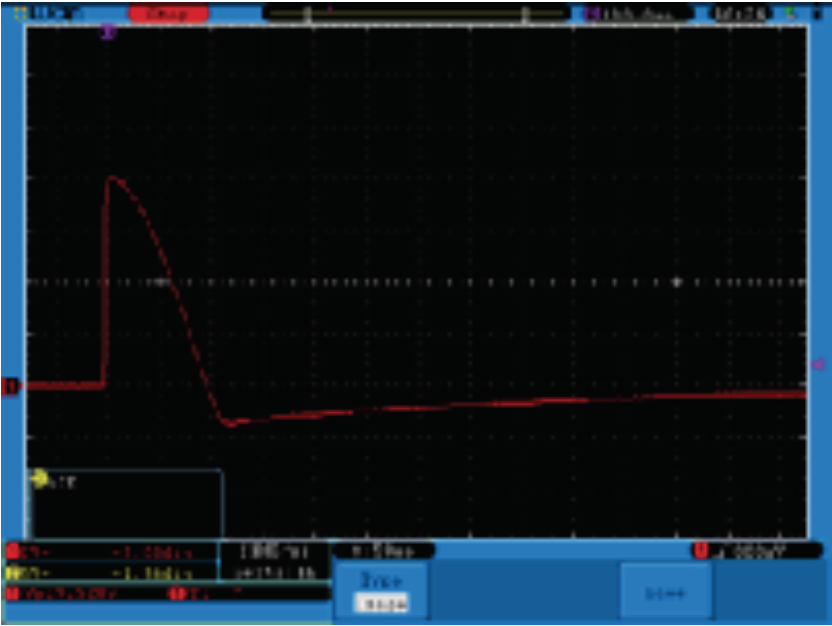 (Figure 1: Induced voltage measured from a coil connected to a monophasic stimulator)

Biphasic pulses can be delivered on their own (also a type of ‘single pulse’ but not to be confused with monophasic ‘single pulse’) or multiples of pulses can be delivered in very quick succession, in short bursts or in trains, referred to as rTMS. rTMS is predominantly used for modulation of excitability or inhibition and is also accepted as a treatment method in some therapeutic applications. When delivering rTMS protocols, you’ll often deliver them at a percentage of an individual’s resting motor threshold, it is important to consider which pulse shape you calculate this threshold with. 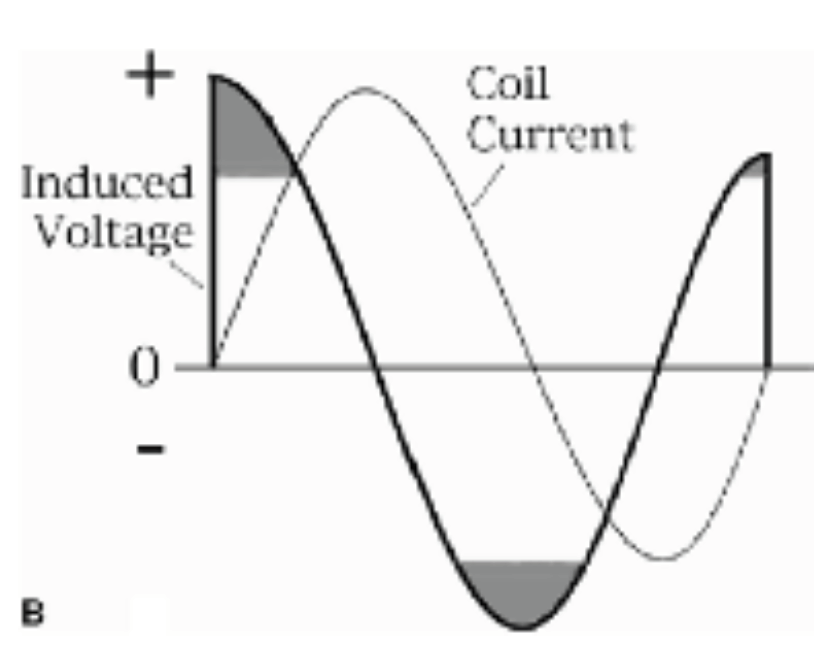 It’s important to be aware that parameters are not standard between manufacturers, which is often overlooked when using a TMS device:

If we take a look at the first two points in that list above, that essentially is how much ‘juice’ our stimulator has. To put it in lay terms, the more power you have, the lower %MSO you’ll need to evoke a response. Most monophasic stimulators have a reasonably similar capacitor voltage, and so it is circuit efficiency which has the biggest effect on the percentage of MSO for MEP thresholding. Biphasic stimulators are a little different though, they focus mainly on the frequency of stimulation and much of the energy needed to deliver a biphasic pulse can be recycled, which means capacitors don’t tend to be as big as their monophasic counterparts. This is an important thing to consider if you’re using one of those devices which are able to deliver both, as the monophasic capabilities will have been compromised for biphasic performance.

All of this means, if you were to record an MEP (which is already notoriously variable) generated by one device, and compare it to an MEP of the same person generated by another device, you can expect to see a significant difference. Also bear in mind that it probably was never the intention to measure cortical excitability with a biphasic stimulator. We had to understand that there was a difference between the two before we could begin to quantify it.

The next item on our list is Current Direction. Without using a navigator, we know roughly that the optimal direction to stimulate the motor cortex is to hold the coil at an angle of approximately 45 degrees from the midline; that’s what will likely induce a current flow across the gyrus, for the hand area of the motor cortex, in most subjects (with neuronavigation, this can be achieved more precisely). However, those companies which distinguish between their monophasic and biphasic pulses run into a bit of an issue here. Biphasic pulse shapes arrived after monophasic pulses, so it may be that those manufacturers who solely make biphasic devices oriented their pulse shapes so that the second phase of the biphasic pulse is oriented in the same direction as the direction of a Posterior - Anterior monophasic pulse.

If you were to run an experiment with a biphasic stimulator, you will probably find a lower MT with the coil oriented at 225 degrees, compared to when it is oriented at 45 degrees when a biphasic pulse is used.

So what's our recommendation?

Well, that depends on your study design, and how much of it has been written according to current literature. If the direction of induced current is of particular importance in your study, our recommendation is to use a monophasic stimulator, taking care to make a note of the direction of the pulse from the coil.

Finally, one last thing - all of these experiments consider the motor cortex as an example. When the premotor cortex is stimulated during TMS-EEG, the potential evoked by TMS differs depending on whether a biphasic or monophasic pulse is used and it is also sensitive to coil orientation. Biphasic pulses affect the early components of the TMSevoked potential whereas monophasic pulses seem to affect ones a bit later on at approximately 100ms. Coils that are curved with the intention of better suiting the motor cortex might be easiest for the motor cortex - but for the rest of the brain, the optimal coil winding and orientation is an open question that nobody has answered yet. Take a look at this Pisoni et al. (2018) paper that looks at TMS-EEG, pulse shape, coil orientation and the evoked response.

The results from TMS studies have always been notoriously hard to replicate, particularly between sites. Questions as to whether or not the resting motor threshold of an individual, calculated in the motor cortex can be applied across the whole of the cortex are already being asked. Novel threshold tracking solutions are also already being developed too, which may help to reduce any discrepancies in multi-systems studies.